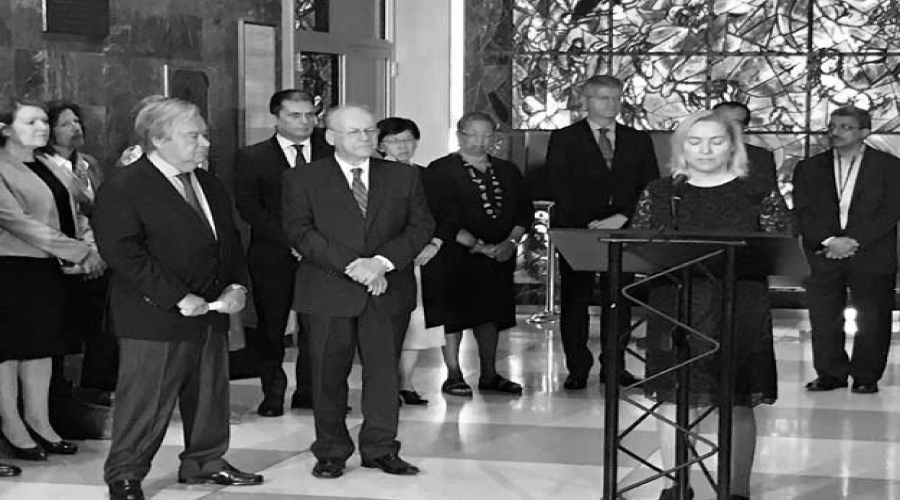 When the coronavirus pandemic delivered a mortal blow to the United States, grounding the country to a virtual standstill and throwing its economy into a deep recession, hundreds and thousands were forced to work “remotely” while offices remained shuttered, beginning late March.

When the coronavirus pandemic delivered a mortal blow to the United States, grounding the country to a virtual standstill and throwing its economy into a deep recession, hundreds and thousands were forced to work “remotely” while offices remained shuttered, beginning late March.

The United Nations, including the Secretariat in New York and UN agencies worldwide, was no exception– and remained locked down for more than four months with no end in sight.

And now, several major corporations and Silicon Valley high-tech companies, including Facebook, Twitter, Barclays, JPMorgan Chase, IBM and Morgan Stanley, are planning to “reduce real estate footprint” by urging most of their staff to continue working from home— indefinitely.

At the United Nations, more than 6,400 staffers, including those on the payroll of UN agencies based in New York, have continued to work remotely ever since the Organization was grounded.

But will the UN, facing a cash crisis and a severe shortage of office space in one of the world’s most expensive real estate markets in New York, urge hundreds of its own staffers to work from home – permanently?

Perhaps the only exceptions could be those designated by the UN as “critical” and “essential.”

Asked how the COVID-19 lockdown has impacted on the work of the Organization, UN Spokesperson Stephane Dujarric told reporters last week: “Despite the lockdown, we are all working from home (and) the business of the UN has continued full throttle”

So, it raises the question: Is there any justification for all of the 6,400 staffers to return to the UN?

Perhaps working from home indefinitely is still a far better option than what corporate America is pushing for, including furloughs, mass layoffs, drastic salary cuts, and in some cases, filing for bankruptcy protection—as with JC Penney, Neiman Marcus, J. Crew and Ann Taylor.

Will the UN also face such calamities in the post-Covid era—particularly if some of the major funders, particularly the high-paying US, defaults on its assessed contributions, cuts off funding and withdraws its membership—as it has already done with UNESCO, the WHO, the World Trade Organization and the Human Rights Council?

Ambassador Anwarul K. Chowdhury, a former Under-Secretary-General and High Representative of the UN (2002-2007), told IPS: “As we are going through the on-going pandemic, very often we hear that “our world would perhaps never be the same again”.

“For many of us who are immersed deeply in the work of UN and its mission for decades and internalized that as part of our living culture, we wonder how would the citadel of multilateralism – the United Nations – shape up when the humanity, if ever, emerges free of this pandemic,” he said.

“It is being said that one clear manifestation of that could be that a big chunk of the UN work force at its Headquarters in New York will continue to work from home – permanently, in the manner some big corporate organizations are adopting the work culture ensuring that many work remotely, he noted.

Chowdhury said one can argue that in case of UN, it could be cost-effective and more efficient. Travel budget and operating expenses would be greatly reduced. No more files, paper trails, no more flyers, brochures, publicity materials.

“Think of how many trees would be saved and how environment would be less stressed. No overtime. Less security expenditure. Also, one issue would not arise – no possibility of sexual harassment in the absence of physical contact,” he argued.

For staff members, he pointed out, no more baby-sitters … household and related responsibilities would be shared hopefully.

“One can think of many other benefits, I guess,” said Chowdhury, Permanent Representative of Bangladesh to UN (1996-2001) and Chairman of the UN General Assembly’s Administrative and Budgetary Committee (1997-1998).

Faced with a growing need for more office space, the Assistant Secretary-General for Human Resources delivered a message titled “Flexible Working Arrangements,” providing staffers with an option to work from home – and that was back in June 2019 long before the virus outbreak.

Guy Candusso, a former First Vice President of the UN Staff Union, told IPS that many staff like working from home —but they should be aware that with today’s technology the Organization can shift quite of bit of work to lower cost areas of the world.

As a cost cutting measure, the UN has been debating a proposal to relocate some of its offices to new locations, including Budapest, Nairobi, Montreal and Shenzen, but there has been no final decision.

The total number of staffers in the global Secretariat, including over 32 UN agencies, is estimated at more than 37,500, according to the report titled “Composition of the Secretariat: Staff: Demographics.”

In a report to the Administrative and Budgetary Committee, back in December 2015, the Under-Secretary-General (USG) for Management Yukio Takasu said about 5,342 of UN staffers, including those working for liaison offices of UN agencies based in New York, were located in eight leased buildings outside the UN campus at a cost of $56 million a year.

He said rents were expected to spike in the coming years, and in 2023, favorable term leases of the DC1 and DC2 buildings, across from the Secretariat, which together housed over 2,060 staff members, would expire.

But when some of the existing leases expired, the staffers were gradually moved to the secretariat building causing a severe shortage of office space during the last few years.

One of these, he said, is telecommuting, for which the UN Secretariat was relatively behind, compared with both other international organizations and governments in general. “We are likely to see more staff making use of one or two days of telecommuting a week.”

At the same time, he argued, “we shouldn’t draw too many conclusions from this exceptional period”.

History shows that normal life eventually resumes. Offices and meeting rooms will come back to life and permanent telecommuting won’t be an option, only partial telecommuting will, said Richards.

If you look to Europe, he pointed out last week, Vienna is almost fully back. Meanwhile Geneva is slowly resuming, with the Human Rights Council and the WTO General Council both meeting physically.

Salim Lone, a longtime Director of Communications under Secretary-General Kofi Annan, told IPS what is needed is office work being altogether redefined in a way that simultaneously addresses the challenges the world’s people and our planet are mired in.

“We have seen, entirely without any input from our thinkers and visionaries, a new world emerge in which tens of millions of office workers working from home have had reduction of the intense stress levels that increasingly lengthy commutes generate, resulting in much time being spent with families and significant reduction in greenhouse gases through reduced vehicular traffic and other activity”.

Moving away from the long, stagnant history of working from offices, he said, provides an exceptional opportunity for the United Nations to showcase its unique multi-lateral, multi-disciplinary and global norm-setting expertise, embedded in the Secretariat and organizations like the International Labour Organization, Habitat, UNEP and WHO.

He pointed out that the US corporate sector has taken a huge leap on the issue of remote work, making it permanent measure for large numbers of staff, given the significant implications for productivity and office space costs.

But the private sector inevitably is over-invested in profitability and in the last few decades has overseen drastic losses in formal jobs, pushing tens of millions into the so-called “gig economy” with lower wages, and without health insurance and annual or sick leave, he noted.

“The UN needs to add it’s much more credible voice to the many initiatives under way for the post-Coronavirus world,” said Lone, onetime spokesman for Kenyan Prime Minister Raila Odinga for more than a decade and author of an upcoming book on Kenya in the Global Context (with a focus on the UN).

Chowdhury said all these, of course, relate mainly to the nearly 6,000 staff members in New York. But UN is an intergovernmental organization and the Member States are supposed to be the governing entity. The experience of a “new normal” should not be limited only to the change in physical aspects of its work culture.

How about the change of heart, change of behaviour, change of mindsets on the part of the Member States, the governors of the UN?, he asked.

“The hope of a “new normal” which we are anticipating would be dashed when we find that the today’s normal is dusted up and branded as the so-called “new normal”.

He said the plethora of UN online meetings preoccupying the delegations time and energy since March have shown no sign of any real change for the better decision-making.

“There has to be a leadership initiative for such a real change to happen. Who will provide that? My first choice is the world’s topmost diplomat, the Secretary-General of the United Nations,” he declared. 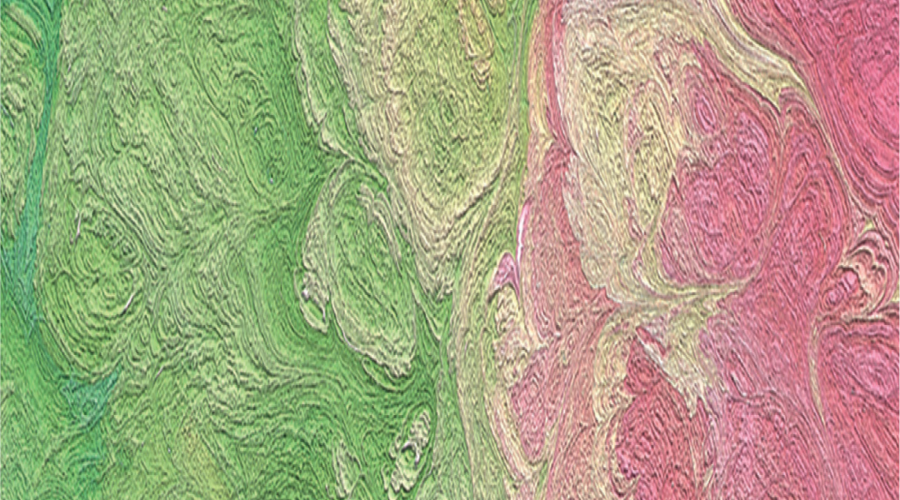 Race, Justice and New Possibilities: 20 Years of the WPS agenda 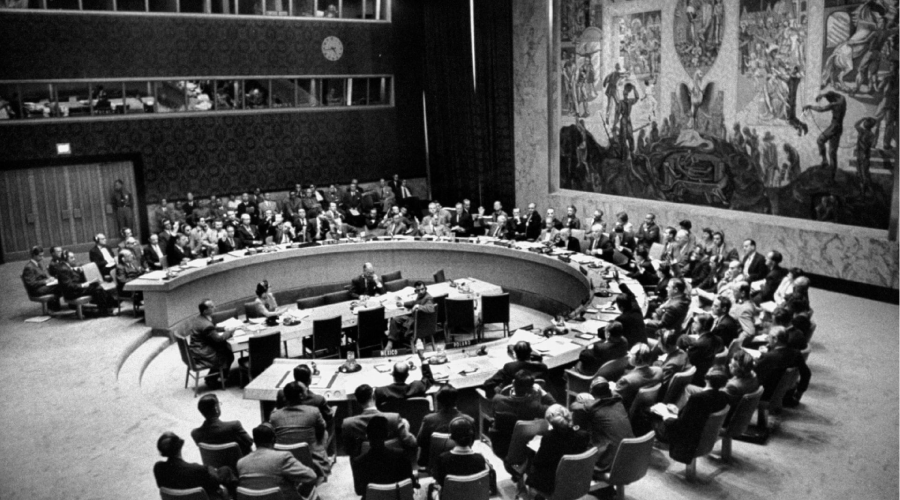 What is the future of the UN in the age of impunity?

Former Lieutenant of the Italian Army, special forces preparation with focus on intelligence, surveillance, target acquisition, and reconnaissance (ISTAR). Military mindset, trained to lead and to attain success under the worst possible conditions. Currently working on Knowledge management with the UN Women WPSHA Team, based in New York. View all posts by Vicentiu Vlad

One thought on “Shouldn’t Most UN Staffers Work from Home –Permanently?”